Born in Pittsburgh in 1928, Warhol studied at the Carnegie Institute of Technology. He moved to New York in 1949 to begin a very successful career as a commercial artist working with department stores and advertising agencies.

By the early 1960's, Warhol was using enlarged photographic images silk-screened directly onto canvas or paper. Silk-screened images allow Warhol to reproduce images of consumer products, such as Campbell's Soup and Coca-Cola, that were themselves mechanically reproduced. With this new technique, Warhol expanded his subjects to include not only consumer items, but also movie stars and media celebrities such as Elvis Presley, Marilyn Monroe, and even Chairman Mao. At the same time, he also painted images that showed the underside side of American culture: car crashes, race riots, the electric chair.

In the late 1960's, Warhol turned more and more to making films. He managed the rock group, The Velvet Underground, started a magazine, Interview, and become the most sought-out celebrity portraitist of the day. In the 1970's and 1980's, Warhol was a virtual factory of paintings and prints. He was the seminal figure behind the emergence of Pop Art in the early 1960's, and at the end turned everything into pop culture. 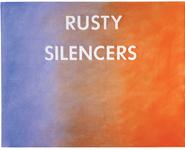 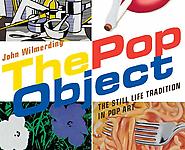 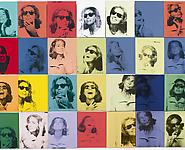