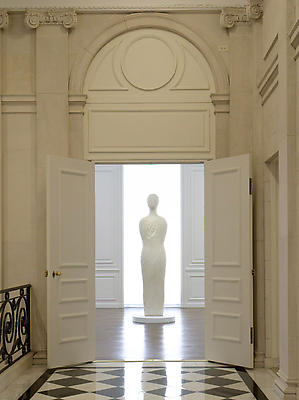 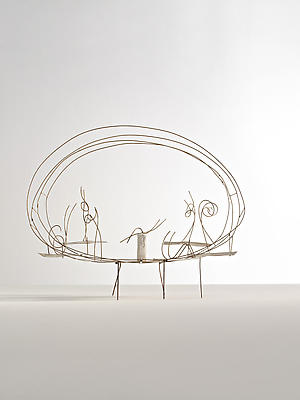 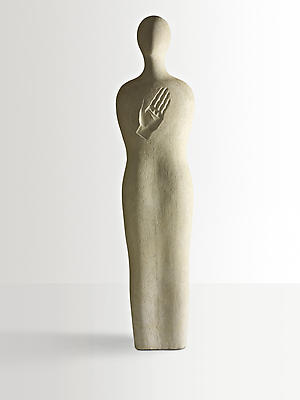 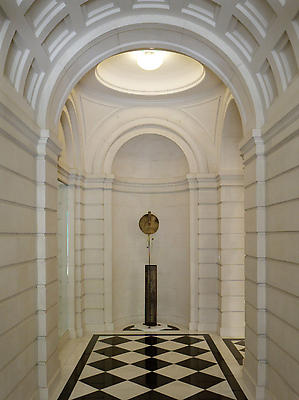 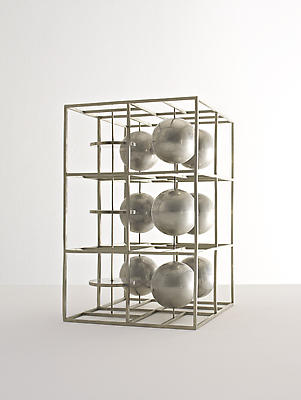 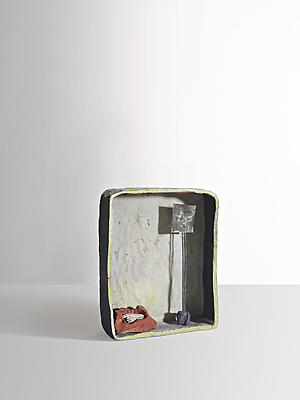 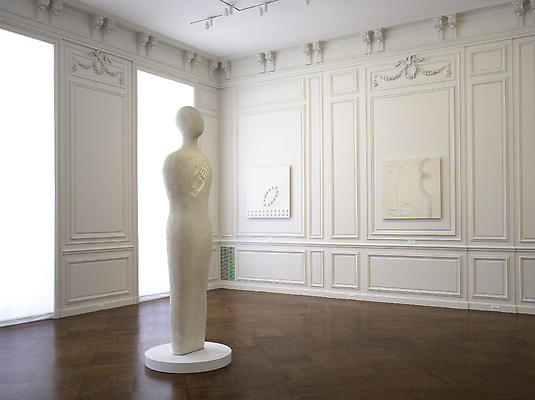 
New York, NY (March 2008)—American audiences are relatively unaware of the work of the talented Italian sculptor and mixed-media artist, Fausto Melotti (1901-1986). Over 20 major overseas museums own Melotti sculptures, but in the United States they are to be found only at the Museum of Modern Art in New York and the Walker Art Center in Minneapolis. When Acquavella Galleries in New York City presents Fausto Melotti, an exhibition of more than 65 works on loaned view from the artist's estate and international museums and private collections from April 16 – June 13, 2008, Americans will finally have an opportunity to appreciate and enjoy this enigmatic artist.

"Europeans are passionate admirers of Fausto Melotti's sculpture but Americans have never been given the chance to enjoy his extraordinary talent," commented William Acquavella, president of Acquavella Galleries. "He drew on and contributed to the great innovations of modernist art in mid-century Italy yet the language of his work is both universal and highly personal. Thanks to the generosity of the Archivio Fausto Melotti we are finally able to bring the full scope of his life's work to a new audience in this country."

Elena Geuna, an independent curator and international art advisor who has organized Fausto Melotti, said recently, "I am delighted to curate the first American retrospective of one of the most important Italian artists of the 20th century and to offer the opportunity to appreciate his entire artistic research, from 1935 to 1984, which represents the best of Italian culture. He shapes sculptures and ceramic or terracotta works with the same grace and subtlety with which he modules his thoughts and poems. His innate feeling for rhythm and canon is reflected on impalpable lines of steel and brass, on geometrical constructions of plaster and iron, which condense poetry and music with a dynamic and oneiric vision."

Melotti was a contemporary of Alexander Calder and fellow art student Lucio Fontana. For Melotti, sculpture was "a matter of drawing in space with wire, mesh and thin sheets of metal, and space became a sculptural material just as basic as solid matter," says Dr. Steven Nash, director of the Palm Springs Art Museum, in his essay for the exhibition's catalogue. Like Calder, Melotti believed in construction as a modern way of creating sculpture as well as in using negative space as positive form and using mechanical references to express three-dimensional symbols and signs. Additionally Nash comments in his essay that "very significantly, both also shared an interest in Surrealism…. Melotti, whose art, despite its purity of form, shows a penchant for Surrealist narrative and the construction of miniature worlds of drama and mystery." The artist's curiosity for what has been referred to as the "landscape of the subconscious" along with some of the vocabulary of his images also closely ties Melotti to some of Alberto Giacometti's early Surrealist sculpture as in much of Melotti's work, the delicate structures also seem to be somewhat erased by time passage. As Nash further explains that as Melotti's career developed, "he took [from the various artistic influences around him] what suited his own instinct for a mode of sculpture that speaks of modernity through clarity of line and constructive techniques yet also delves into the inner realms of human experience." As a result, he resists categorization.

Fausto Melotti was born in Rovereto in the South Tyrol on June 8, 1901. In 1918 he began his studies in Mathematics and Physics at the University of Pisa, but moved on to the University of Milan where he studied engineering, art and architecture. In 1924, he graduated with a Ph.D. in Electro-technology. In 1928 he entered the Accademia di Belle Arti di Brera in Milan where he studied under the famous sculptor Adolfo Wildt (1868-1931) and met Lucio Fontana, another student with whom he became life-long friends. Music accompanied Melotti throughout his life from his early studies as a child, to playing music with friends and family (Maurizio Pollini is his sister's son), to composing sculptures with musical titles. By the 1930s, Melotti's work was gaining recognition and during this time, he also began creating his first Teatrini (Mini Theaters or Puppet Theaters), using different objects and materials and creating miniature theater scenes in clay or terracotta in small, rectangular boxes. His first solo exhibition was held at the Galleriea del Milione in Milan in 1935. In 1941, Melotti moved to Rome and devoted himself to drawing and writing poetry. During World War II, he experimented with making small figures and vases of ceramic and terra
cotta; he also began collaboration with Domus, one of the most interesting publications about post-war architectural and aesthetic tendencies for which he remained its art critic for more than 20 years. A collection of his poems was also published in 1944. In 1950, Melotti participated in his first Venice Biennial and his renown as a ceramic artist rose. For the following decade he continued to win awards and exhibit his work, and by the late 1950s, Melotti abandoned work in ceramics and returned to sculpture. His first major retrospective came in 1971 at the Museum am Ostwall, Dortmund and until his death on June 22, 1986, his work was exhibited in Italy and abroad. The day after his death, the XCIII Venice Biennale opened with one of the major solo shows of Melotti's work, and the Venice Biennial Committee posthumously awarded him with the Golden Lion.

Among the highlights of works to be shown in Fausto Melotti is Sculpture No. 21 (1935), a piece that anticipated the serial minimalism of artists like Donald Judd and Sol Lewitt by three decades. This rectangular construction of nickel-plated iron consists of nine spheres and three discs that appear to float in an open geometric cage (25⅝ x 13 ¾ x 13 ¾ inches). Elena Geuna has written of it: "The modules are arranged serially and rhythmically…the order of the modules imparts a sense of rhythm; in geometry Melotti discerns the fundamental principles of plastic harmony and counterpoint, which create a bridge between music and sculpture."

The Hands (1949) is another featured work in the exhibition. Here, a vertical terracotta box (13¾ x 11¾ x 3½ inches) contains a scene in two acts: two hands suspended over a red cloud and the outline of a face on a brass sheet is set upon two rods. Works such as these, known as "teatrini" (toy theatres), suggest stage sets; enclosed sculptures such as this one is an outstanding example of the work that dominated Melotti's imagination in the 1940s. Mysterious, enigmatic, melodic and romantic, The Hands is engaging because of its emotional and poetic tension. The narrative is unknowable but the mood is compelling.

Also highlighted in Fausto Melotti is The Rain (1966), brass stems play with lines and surfaces, creating a game of fullness and emptiness (72 x 47 x 25 inches). Of The Rain, Geuna says, "It suggests the motion of a spray of water as well as a cone of light; it is a poetic representation of nature in the moment of its becoming." In describing this work Germano Celant, the author of numerous publications who also holds several curatorial positions, including Senior Curator of Contemporary Art at the Solomon R. Guggenheim Museum in New York, Artistic Director of Fondazione Prada and Director of Fondazione Aldo Rossi (both of which are in Milan), invokes "the reinvigorating power of the forces of nature…space begins over and over again, because it breathes."

A 175-page catalogue, featuring 70 large color plates, which will serve as the most authoritative reference available about the artist, will accompany this exhibition and include essays by Italo Calvino, Elena Geuna, Stephen Nash and Germano Celant as well as texts by Fausto Melotti himself. The catalogue will be available exclusively through Acquavella Galleries in a limited hardcover edition for $65.00 and a soft cover edition for $45.